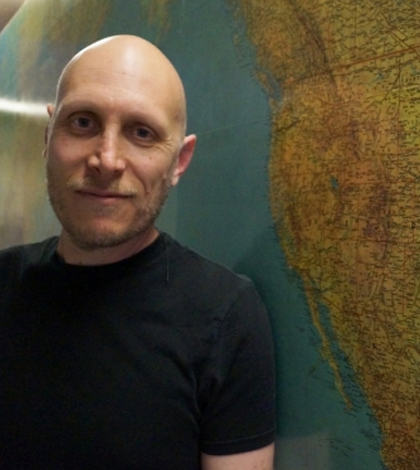 The flood risks of any stream are clearly tied to the amount of water running through it, and that has always been a consideration for agencies that quantify flood hazards. But new research has found that the shape of a channel, what scientists call its morphology, is just as important to assessing that risk because it affects the channel’s capacity to carry water overall.

Researchers at the University of California, Santa Barbara, the University of St. Andrews in the United Kingdom and Switzerland’s ETH Zurich made the discovery by using stream gauge data collected by the U.S. Geological Survey. Their findings relied on analysis of data from 401 different sites and will likely prove important to homeowners, the flood insurance industry as well as those who manage waterways prone to flooding.

“Most of the conversation about flood hazard is focused on hydrology and how climate may or may not accelerate the hydrologic cycle and therefore make floods more or less common,” said Michael Singer, associate researcher at UC Santa Barbara’s Earth Research Institute and the Department of Earth and Environmental Sciences at University of St. Andrews. From other site-based studies, it was clear that channel geomorphology also played a role in flood risk, he says. “Therefore, it is possible to observe a trend in flood hazard based only on changes to the channel geometry or its roughness, with no associated change in the amount of flow delivered from upstream. This had never been shown in a systematic way, so we set out to tackle it.” That required Singer, James Kirchner and former doctoral student Louise Slater, who is the study’s lead author and now at Queen Mary University in London, to consider trends in flood hazards and flow frequencies that would arise from shifts in flows from upstream if a channel’s capacity remained constant. On the flip side, the researchers also modeled what would happen if flow frequencies were held constant while shifts in channel capacity occurred.

Researchers found that changes in river channel boundaries have direct impacts on flood hazard trends. Flood hazards at most of the study sites changed over several decades. The effects that channel capacity had on those risks were generally smaller than effects related to water flows, but the influence of channel capacity was much more widespread.

“I expected the channel capacity effect to be important, but I didn’t realize it would be so prevalent,” said Singer. “Also, I didn’t expect a majority of sites to show nonstationarity in flood hazard, with most trending toward increasing flood hazard.”

Some have called the study’s results a paradigm shift in assessing flood hazards. This is because typical flood frequency analyses have assumed that the frequency with which a stream overflows isn’t trending in a particular direction. But the majority of sites considered in the study showed changes over time in flood hazards. Secondly, the study casts a wider net to judge what may be causing those changes.

“The current conversation about flood hazard is focused on how climate change may affect water delivery from basins, but this is only one potential source of nonstationarity in flood hazard,” said Singer. “Our study is the first to look at both contributors to flood hazard and to separate them.”

There are many implications of the study’s findings, says Singer, which could include updates to government flood maps and hopefully eventual mitigation of damages due to floods, like loss of property and life.

“The flood insurance industry and river managers probably need to revisit their methods for evaluating flood hazard on a local and regional basis,” said Singer.