Cousteau, researchers to live 31 days underwater in Aquarius base 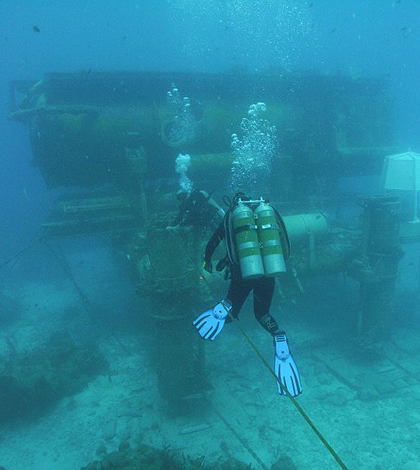 The grandson of famed sea explorer Jacques Cousteau is aiming to beat his grandfather’s record for living underwater, according to Livescience. Fabien Cousteau, along with scientists and filmmakers, has moved aboard Aquarius Reef Base, an underwater lab owned by the National Oceanic and Atmospheric Administration.

The underwater stint began on Sept. 30 and will continue for a total of 31 days, surpassing the elder Cousteau’s record by one day. While living in the deep, data will be collected on the effects of climate change on corals, sponges and sea life.

New technologies will be run through tests, and those living in the base will also be studied to chart the physiological and psychological impacts of living in prolonged confinement. The Aquarius Reef Base is located 63 feet underwater in the Florida Keys, and managed by Florida International University.