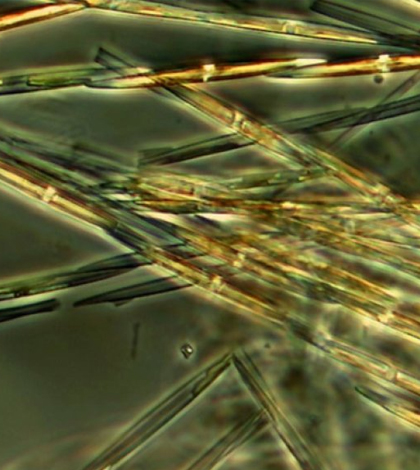 Dense cells of the harful aglae Pseudo-nitzchia during a bloom off the West Coast last summer. (Credit: NOAA/NWFSC)

Scientists at the University of California, Santa Cruz, studying through the massive algal bloom that spanned up and down the West Coast in August 2015, charted record levels of the algal toxin domoic acid during the event, according to a release. The long-term, toxic bloom affected creatures along the coast, including dungeness crabs and marine fish.

Researchers tracked the event as it spread through the area’s food web, using tools like satellite imagery and modeling tools. To back up those data, scientists sampled affected organisms further to assess toxin levels within their tissues.

Scientists found that there were record levels of toxins in various species along the coast, like anchovies and clams. Persistent levels were also found in the fillets of salmon, rockfish and lingcod, though the levels were well below regulatory limits.

Top image: Dense cells of the harful aglae Pseudo-nitzchia during a bloom off the West Coast last summer. (Credit: NOAA/NWFSC)