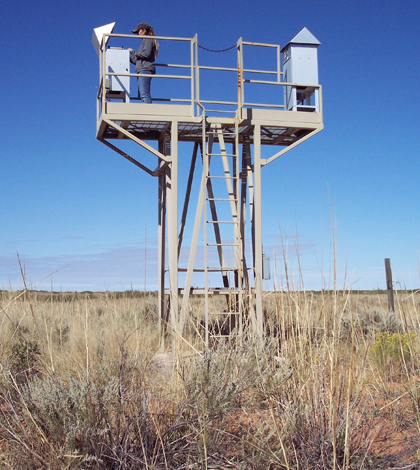 A nuclear waste storage site in the New Mexico desert has emitted unusually high levels of radiation, according to Reuters.

On Feb. 14, an air-monitoring alarm signaled unsafe concentrations of radiation at the Waste Isolation Pilot Plant. The incident is the first of its kind since the plant’s opening in 1999. Department of Energy officials have yet to determine the source of the radiation, and as of Feb. 17, normal operations at the plant have been suspended.

The facility stores transuranic waste, such as plutonium-contaminated machinery and clothing, shipped from nuclear laboratories and weapon sites across the U.S.

The Department of Energy has confirmed that none of the facility’s 139 workers were exposed to the excessive radiation.