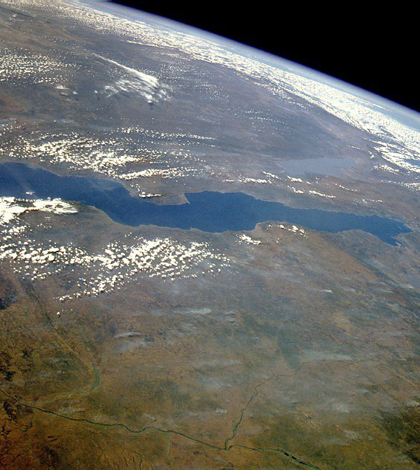 Lake Tanganyika, captured here in a satellite photo, is the second largest freshwater lake in the world (Credit: NASA)

For the first time, scientists at the National Center for Atmospheric Research have discovered a way to watch gravity waves move toward space, according to a release. The development came after researchers increased the resolution of the Whole Atmosphere Community Climate Model, which is overseen by NCAR.

The ability to see gravity waves could be helpful in keeping satellites and other space platforms from encountering atmospheric disturbances, researchers say. Scientists have long known about the important roles gravity waves play in the atmosphere, but had no way of observing them until now.