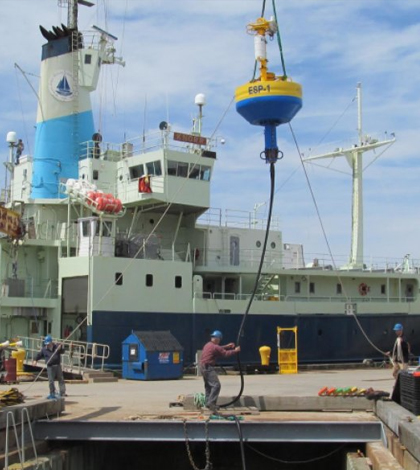 Funded by the National Oceanic and Atmospheric Administration, this year’s Gulf of Maine red tide forecast predicts red tides for New England in 2015 similar to those it has had in the past few years, according to a recent press release from NOAA headquarters. Researchers from North Carolina State University and Woods Hole Oceanographic Institute contributed to the forecast.

Although all states with significant commercial shellfish operations monitor their shellfish toxicity, they tend to use onshore sampling methods. NOAA is attempting to establish offshore methods such as robotic environmental sampling processors which would enable near-real-time estimates of shellfish toxicity.

This year is the first in which the Maine Department of Marine Resources will share onshore toxicity data with researchers using the offshore methods to see how the data compare. The ultimate goal is to use all the data to better predict shellfish toxicity and make the regions more resilient to the effects of red tides.

Red tide forecasts are important because the occurrence of red tides leads to low oxygen conditions and an increase in shellfish infected with harmful microorganisms, which in turn leads to shellfish bans to protect human health.