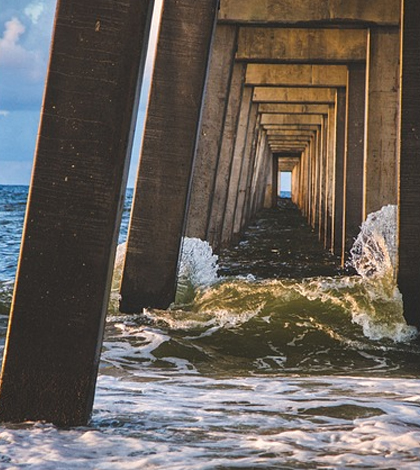 Scientists at the University of Arizona and the National Oceanic and Atmospheric Administration measured a 5-inch rise in sea level off the Atlantic coast of New York City from 2009 to 2010, according to Grist. Their discovery was recently published in the journal Nature Communications.

Much of the investigation relied on tide gauge data dating back to the 1920s and researchers say they saw no other similar rise in years outside of 2009 and 2010. These types of abrupt rises are predicted to become more common with rising atmospheric temperatures and broader climatic changes.

“This event caused persistent and widespread flooding without a storm or hurricane,” said Paul Goddard, doctoral student in the University of Arizona’s department of geosciences and the study’s lead author, to Grist.

In working to find an explanation for the sudden rise, scientists came up with a few theories. One involves a change to the Atlantic Ocean’s circulation pattern that could have driven less water south away from the area. Another involves the North Atlantic Oscillation, which was weak from 2009 to 2010 and could have influenced winds to push water toward the coast.