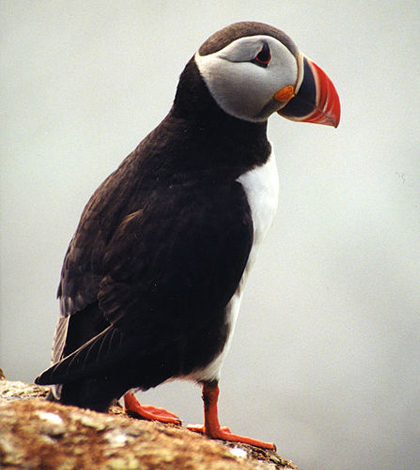 Short, squat and inarguably adorable, the puffin seems like it might have missed its shot at stardom by little more than a well-narrated documentary. But with new research showing that puffins and similar seabirds could help scientists better understand climate change, this species might just get the attention it deserves.

By comparing the fossil record with modern seabird distribution patterns, researchers have uncovered a strong correlation between seabird diversity and major climate change events. This suggests that seabirds could be useful in studying the impact and progression of climate change. Their findings were published online ahead of print in the Journal of Avian Biology.

The study draws from modern fossil record data and new analyses of past research while referencing previous works by Adam Smith, lead author of the study and postdoctoral fellow at the Field Museum of Natural History in Chicago.

“Seabirds are a particularly good indicator [of climate change] in some sense, because they straddle the marine and terrestrial realms,” Smith said. Many members of the Pan-Alcidae clade of seabirds — a taxonomy first defined by Smith — spend 9 or 10 months at sea before coming ashore to breed. By spending time in the planet’s two main ecosystems, seabirds show a sensitivity to the effects of climate change in both territories.

Pan-Alcids such as puffins and auks have a reputation as cold-weather birds, when in fact many seabirds today live in very warm climates. Additionally, the fossil record shows that seabirds actually reached the height of their diversity and geographic spread during the Middle Miocene Climatic Optimum, a period of significant global warming that occurred over millions of years. Earlier research had proposed that this diversification event was far more recent, Smith said. A series of ice ages over the past five millions years cut seabird species in half. Not coincidentally, ocean circulation patterns changed extensively during the same period.

Modern shifts in geographic range and downward trends in seabird populations are a product of contemporary climate change and overfishing, which reflects similar shifts in the past. Recognizing important behavioral and anatomical alterations over time helps scientists determine when certain taxa developed in relation to these shifts. For instance, wing-propelled diving has been linked with cold, nutrient rich waters, and may have developed more recently than previously thought. “Wing-propelled diving is an exceedingly rare form of locomotion in birds. There’s only about 50 species of living birds that use it, out of 10,000 living species,” Smith said. “It’s a very uncommon way of getting around for a bird and it results in a very distinct forelimb anatomy.”

While the greatest diversity of seabird species may have existed during a warming period, Smith cautions that without “some urgency” in conservation efforts targeting overfishing and greenhouse gas emissions, seabird populations might drastically decline. He recalled visiting one island off the coast of Japan last summer, where 300,000 pairs of rhinoceros puffins produced less than 10 chicks, likely due to unusually warm seas at that location.

“I am not by any means saying that global warming is going to be a good thing for auks and puffins,” Smith said. “Quite the contrary, even though seabirds have survived a range of conditions over their evolutionary history.

“The rapidity of climate change and ocean pollution are a perfect storm, if you will, for these birds.”

Top image: An atlantic puffin perched on a rock. (Credit: Hanno, via Wikimedia Commons/CC BY 2.5)