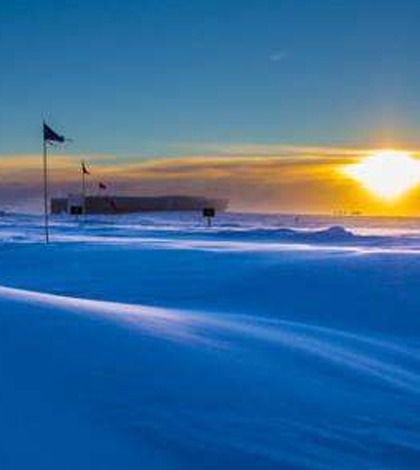 Though its remote location has largely protected it from climate change effects happening in the rest of the world, the South Pole is still vulnerable to global warming. Recent data from the National Oceanic and Atmospheric Administration show that the South Pole has finally passed 400 parts per million of carbon dioxide, the last place on Earth to experience the rise.

Even considering seasonal variations, wherein carbon dioxide fluctuates from highs in winter and fall to a low in the summer, the global trend for carbon dioxide concentrations is still headed up. The South Pole’s carbon dioxide levels are just another symptom of the overall trend, researchers believe.

Last year’s increase was likely influenced by a strong El Niño, but it still falls in line with an overall warming trend.