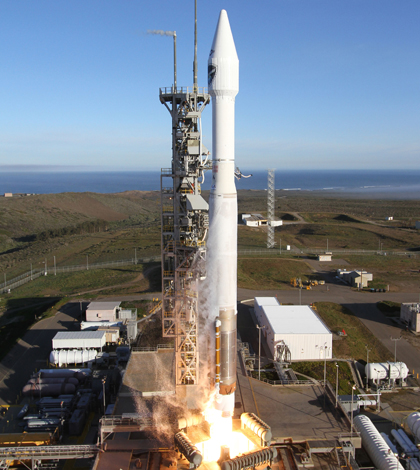 An Atlas V rocket launches the satellite, which will provide data for weather forecasting. (Credit: ULA)

The U.S. Air Force has launched a weather satellite that will provide tactical forecasts for military operations, according to a release from Lockheed Martin, the company that built it. The satellite is the fourth satellite launched in the Defense Meteorological Satellite Program.

The program’s newest satellite is equipped with weather instruments that let it observe global patterns twice daily. These include devices for measuring precipitation, surface temperature and soil moisture.

The satellite joins the program’s three other satellites currently in operation to give the U.S. Air Force weather forecasts in day and night conditions. Its primary sensor is the Operational Linescan Sensor, which uses infrared technology to make three-dimensional images of cloud cover.