2014 was the hottest year on record 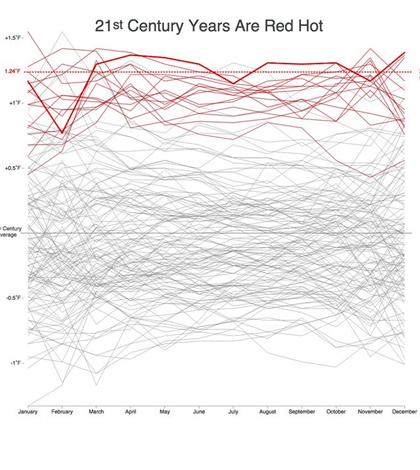 The National Climatic Data Center has released its temperature data for the year 2014, according to TreeHugger. The figures support reports by other international monitoring agencies that 2014 was the hottest year on record.

The year was about 1.24 degrees Fahrenheit above the 20th century average, which surpassed the most recent record set in 2010 by 0.07 degrees. In addition to the atmospheric temperature report, scientists say that average ocean temperatures were also above averages for the year.

Most of the top spots for atmospheric temperature extremes are held by years in the 2000s. Scientists say that 2014 is the 38th consecutive year, going back to 1977, that the yearly global temperature was above average.