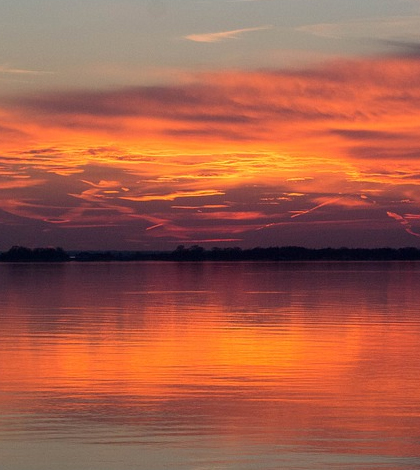 Chesapeake Bay, the nation’s largest estuary, has suffered from excessive nutrient pollution and widespread hypoxic (low-oxygen) conditions for decades. And while best management practices on land and upgrades to wastewater treatment plants have helped to turn the tide against nutrient pollution, scientists at the University of Maryland have found that gains in air quality may also be improving the bay.

Investigators say that it appears that recent water quality improvements in Chesapeake Bay appear to be driven more by air quality regulations than efforts to clean up water. The find comes as a surprise, as the Clean Air Act of 1990 was meant to address human health issues and streams sensitive to acidity.

Specifically, researchers say that reductions in atmospheric nitrogen deposition have been the primary driver of improvements in water quality in the Upper Potomac River Basin, which covers nearly 12,000 square miles in Maryland, Virginia, West Virginia, Pennsylvania and the District of Columbia. These benefits, which trickle downstream to the bay, can be linked back to reductions in harmful emissions of nitrogen dioxides after the Clean Air Act was implemented.

To make the find, researchers examined water quality trends in streams and major tributaries of the Upper Potomac River Basin from 1986 to the present. Their analysis revealed nearly universal improvement in water quality.

In particular, researchers found that atmospheric nitrogen deposition began to decline in 1996 — the same year that emission limits on coal-fired boilers were first put into effect. Decreasing nitrate concentrations in the Upper Potomac River began declining shortly thereafter and continued to decline through 2012, rapidly reversing nitrogen saturation in the basin.

Results of their work also suggest that future additional water quality improvements in the Potomac are likely as coal-fired plants are replaced by cleaner-burning natural gas and renewable energy sources.

A paper detailing the survey is published in the journal Atmospheric Environment.