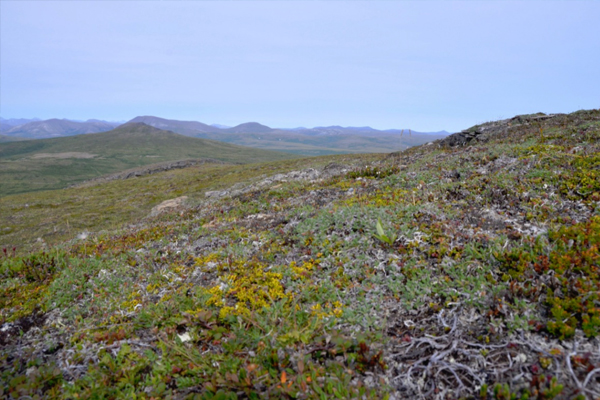 Permafrost health and its eventual degradation is a persistent concern for many scientists. Permafrost can be defined as soil deep below the surface that remains frozen for at least two years. In contrast, the active layer is soil above the permafrost that thaws each year during the growing season.

In areas where soil is underlain with permafrost, both layers play an important role in the global carbon cycle. Permafrost and active layer soils in the northern hemisphere take up only 16 percent of the world’s land area, but contain approximately 50 percent of all organic soil carbon.

In a new study, University of Oklahoma researchers examined how soil microbes on the Alaskan tundra are responding to the increasing temperatures. After only 1.5 years of artificial warming, the team saw a shift in the soil microbial community.

The experiment consisted of insulating soil with piles of snow in the winter and keeping springtime soil water additions constant by removing extra snow before it melted. In the warmed plots, the team saw increased soil temperature and moisture, permafrost loss, a lengthened growing season and increased respiration that outpaced increased plant productivity.