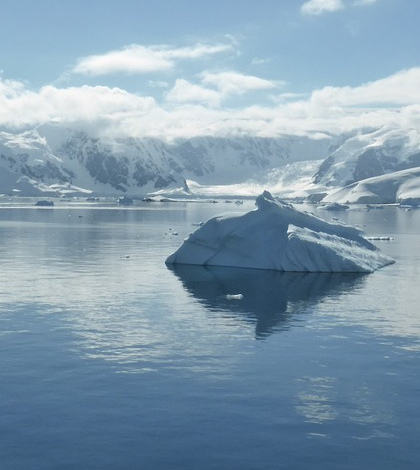 With all the new temperature records being reached these days, it may be surprising to learn that the Southern Ocean and Antarctica are likely in the midst of a cooling period. Researchers at the Massachusetts Institute of Technology made the find using circulation models.

Instead of greenhouse gases, the typical culprit in temperature rise, scientists found that the ozone hole may be to blame for a cooler Southern Ocean. Depletion of ozone, it seems, can modify the pattern of atmospheric circulation down to the ocean’s surface and shift westerly winds, causing changes in ocean circulation.

Researchers argue that sea surface temperatures and sea ice around Antarctica initially cool and expand in response to ozone-related changes in surface wind trends. This is because the strengthening of the westerly winds drives cold water toward the equator and away from Antarctica, encouraging sea ice growth.

On longer timescales, however, warm water is drawn up from below, resulting in warming of sea surface temperatures and ice decline. But not all models transition from a period of surface water cooling and sea ice expansion to warming and ice loss.

Investigators set out to dissect the mechanism of the crossover period. Their models revealed that the northward transport of colder water dominates the fast cooling, but then a buildup of heat below the surface leads to a low, gradual warming. Winds force cold freshwater away from the Antarctic, while warm saltwater below rises to replace it.

Because of the temperature inversion, with cold water overlying warm water, the mechanism moves more slowly. And that could help to explain why some models out there have the region warming slower than others.

The scientists believe their findings can help improve climate science and policy. Better understanding the climate mechanisms in the Southern Ocean can not only explain the cooling seen there but also why the region can absorb heat from the atmosphere and how it transports it elsewhere.

Full results of the work are published in the journal Climate Dynamics.