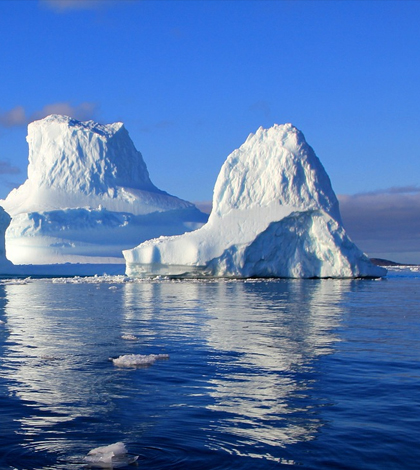 In response to a rapidly warming climate, an Antarctic ice sheet called the Amundsen Sea Embayment (ASE) is at risk of adding to global sea level rise, and a new study predicts the potential extent of its contribution.

The ASE is predicted to add up to 30 centimeters by 2100 and up to 72 centimeters by 2200 under the Intergovernmental Panel on Climate Change A1B climate scenario. This scenario predicts that the world will utilize a mix of energy sources and will make similar efficiency improvements to each one.

The part of the ice sheet that is in danger is the ice that touches the ground below sea level. It is vulnerable to a phenomenon called marine ice sheet instability, which occurs when the grounding line (where the ice meets the ground) retreats and a greater percentage of the ice mass is floating. This means that more ice is exposed to warmer water and made susceptible to higher melting rates.

The results of the study suggest that the old upper-bound estimates of 1 meter by 2100 and 1.5 meters by 2200 no longer fit available data.