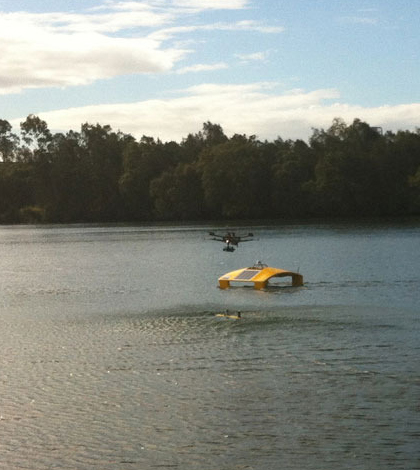 An 'Inference' system in the water. (Credit: QUT Media)

Scientists at Queensland University have developed a new advanced way to study the world’s waterways, according to Mashable. They have put together what they’re calling Inference robotic boat systems that they say can autonomously sample on waterways for months at a time.

The large and futuristic floating platforms are made of fiberglass and feature a coat of bright yellow paint. Solar panels are mounted near the top for power, along with solar marine lights to warn boaters and swimmers where they might be located on the water. As for the sensors the boats can employ, scientists are working to make the platform compatible with most any sort, including water samplers, cameras or gas analyzers.

The robotic systems are still in development at this point, so don’t expect to see them on your local river anytime soon. But the researchers are planning to move ahead with designing the systems and have looked to the global Argo float network, backed by countries around the world, for inspiration.