Baking in the Sun: How Groundwater Recharge is Likely to Change as the Climate Does 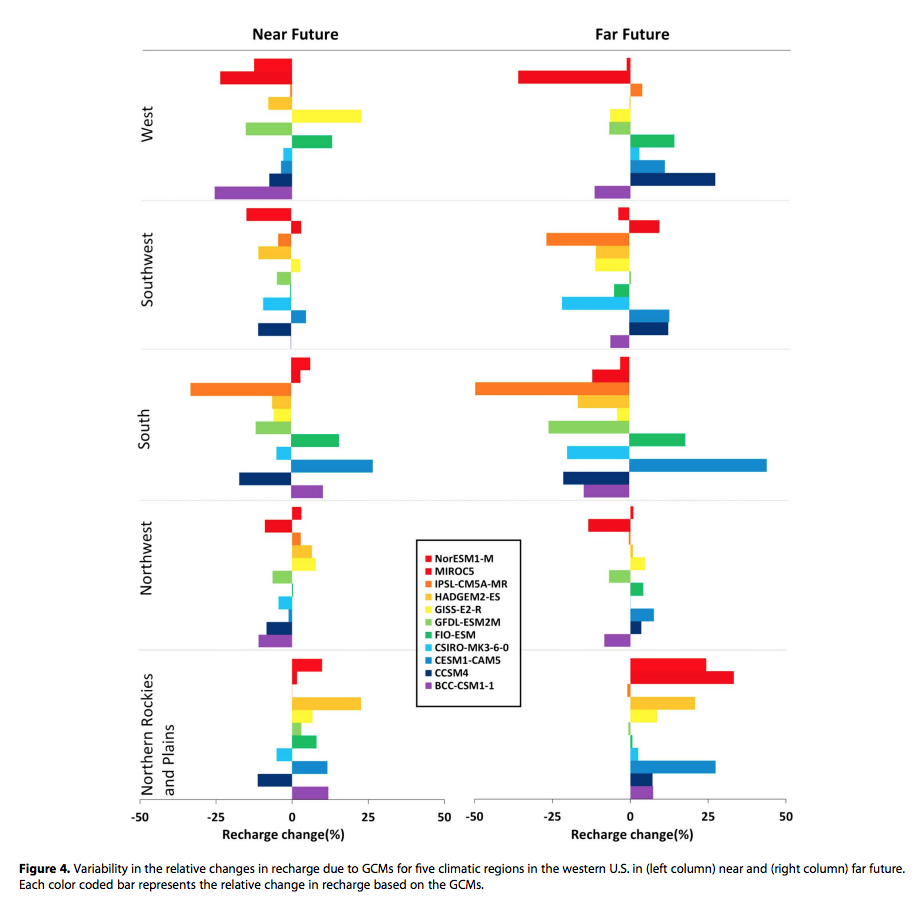 Much of the American west depends upon groundwater for its survival. Originally the region was sustainably settled and farmed by Native American tribes. Eventually, new settlers without those abilities came west and resettled in a sort of patchwork; newcomers chose to stay near springs and other places where exploitable groundwater was close to the surface.

In time, technologies developed enough for deeper wells to be drilled and groundwater to be pumped. This made the high level of development that is now present in places like Los Angeles and Phoenix possible. However, it proceeded without any detailed understanding of the groundwater recharge process in the area. Groundwater recharge happens slowly, and the delicate connections between water above and beneath the ground are poorly understood, and have largely been altered, reduced, or eliminated by human activity.

Now, especially where populations are high and droughts are frequent, groundwater pumping frequently exceeds the rate of recharge as surface water becomes scarce. Therefore, we now face a future in which climate change is an inevitable force, even as we have already depleted groundwater in the American west to a notable extent—something that has not been well-studied.

A research team from the University of Arizona has recently revealed that as our climate warms, groundwater recharge in the Western US will change. As things get hotter, the dry regions in the southern portion of the country will have less groundwater recharge, as the northern regions will actually recharge their groundwater more quickly. The end result will be that the places in the American west that are already under the most stress in terms of water quantity, such as Arizona, the southern Central Valley, the high plains of Texas, and New Mexico, will feel the pinch of climate change the most—and must begin to manage water resources accordingly.

The study set out to answer a question: what effect would climate change have on groundwater recharge in the Western US, both in the near future, defined as 2021 to 2050, and the far future, defined as 2070 to 2100? The researchers looked at the entire American west, including the Pacific coast, the southwestern states, and the high plains.

The team projected how temperature changes and precipitation rates would interact with land features such as soil type and vegetation to change groundwater recharge over time. They were operating based on the understanding that, while climate change causes dry areas to get more arid and humid areas to get even wetter, the subtleties of groundwater recharge would demand a more complex study.

Based in part on the nine climatically consistent regions of the US identified by climate analysis by the National Centers for Environmental Information, the researchers divided the west into five hydro-climatic regions to accommodate the different ways that various western climatic regimes will affect recharge: northern Rockies and Plains states (Montana, Nebraska, North Dakota, South Dakota, and Wyoming); northwest (Idaho, Oregon, and Washington); south (Kansas, Oklahoma, and Texas); southwest (Arizona, Colorado, New Mexico, and Utah); and the west (California and Nevada). 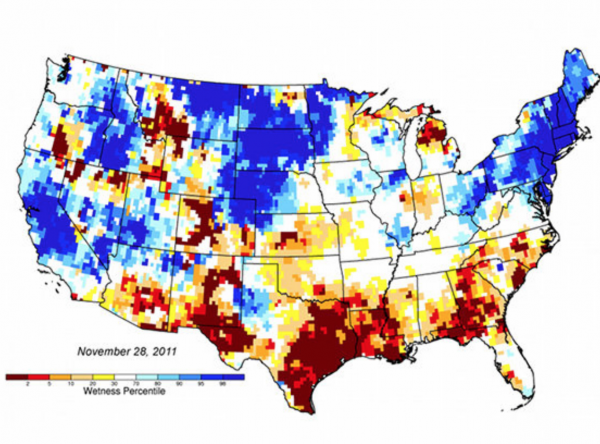 The team estimated groundwater recharge for a baseline period of 1971 to 2000 using a model known as Variable Infiltration Capacity (VIC). In addition to precipitation and temperature, the VIC groundwater recharge estimates account for the land surface, soil type, and vegetation of a particular location. These land features influence whether water runs off, evaporates, or soaks into the ground, allowing the aquifer to recharge.

The team also chose the VIC model because they had proven experience with it.

“It provides so much information for the entire conterminous US and accounts for land surface, vegetation and soil type as well as temperature and precipitation,” explains senior author Thomas Meixner. “Another major reason was that we tested the VIC model earlier for simulating baseline recharge for the western US (Niraula et al. 2016), which gave us confidence in using this model for projecting future recharge.”

The team pulled projections of precipitation and temperature from 11 different global climate models and generated groundwater recharge scenarios by inputting the projections from each of the 11 models into the VIC model. Next, they compared the projected groundwater recharge scenarios for each time period and region with the 1971 to 2000 period for that region.

“The models were selected based on availability of projections for Carbon Emission Scenarios we were interested in: for example, RCP6.0 (of the IPCC’s Representative Carbon Pathways),” Meixner details. “This scenario is consistent with the application of a current range of technologies and strategies for reducing greenhouse gas emissions.”

In the “near future” time range, the majority of models projected with some certainty that groundwater recharge will increase in the northern regions and decrease in the west and southwest regions. Projections were less certain for the south and northwest regions, with some predicting increases in recharge and others predicting decreases.

This recent work offers a view in broad strokes of the ways climate change may change the outlook on water in the American west from the standpoint of groundwater recharge. There is a finite amount of water in aquifers, and if it is not allowed time to recharge, it can potentially disappear. Although this may seem like a problem that will only happen far into the future, this research indicates that here in the American southwest, that’s not the case.

“That is what our research recognized, especially for West and Southwest region of the western US,” comments Meixner. “Also, regions of the High Plains aquifer and some aquifers in Arizona and the southern Central Valley of California have already had significant overdraft and declines in groundwater levels.”

These numbers present a compelling argument for more efficient and conservationist groundwater management right now. Of course, as the authors point out, this is a policy or management decision. However, their data indicates that without such management, we will deplete our groundwater at our current rate of use, and that as the climate changes we’ll be doing it even more rapidly.