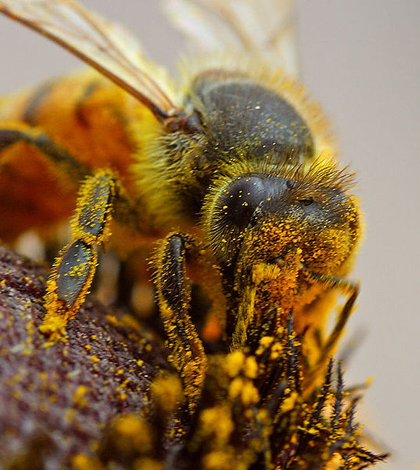 Pollinators are important for food production all over the world. In the U.S., it’s estimated that $3 billion of the agricultural economy depends on the services of creatures like butterflies, bats and bees to pollinate and grow much of the food that people eat. And so with recent declines in pollinators, scientists have been working to find ways to bring them back. The first step, though, is knowing where to target efforts.

Researchers at the University of Vermont, acting after a memo from the White House calling for more protection for pollinators, have led the creation of the first-ever national bee map predicting where populations of the insect are declining. The effort involved scientists from several other universities and relied on the evaluation of 45 land-use types and their suitability for supporting bee habitat.

This suitability was primarily based on the quality of nesting sites and feeding from flowers. The scientists then created a model of the best habitats, cross-checked using bee collections and observations that had taken place in the field.