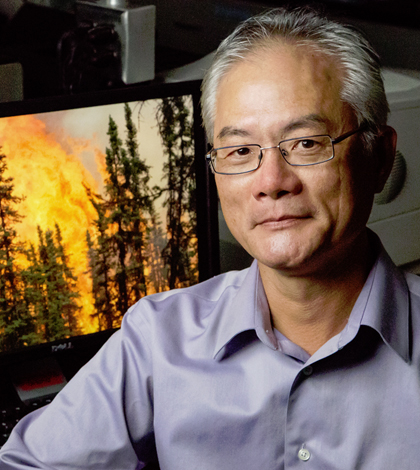 A study by scientists at the University of Illinois has shown that boreal wildfires, like those in Alaska’s Yukon Flats, have turned these ecosystems into net sources of atmospheric carbon, according to a release.

The team examined charcoal found in sediment cores from 14 lakes to uncover how the region’s fire regime has changed over the past 10,000 years. Two events were found to be especially important: the Medieval Climate Anomaly (MCA) and the Little Ice Age (LIA) that followed it.

Recent decades have been warm and dry like in the MCA, but with a greater degree of climatic variability. After the MCA’s high-severity fires fragmented populations of highly flammable conifers, less vulnerable deciduous trees took their place. The cool, wet conditions of the LIA further reduced the region’s fire potential and caused a massive buildup of fuel.