Bumblebees Fail To Move North In Response To Climate Change 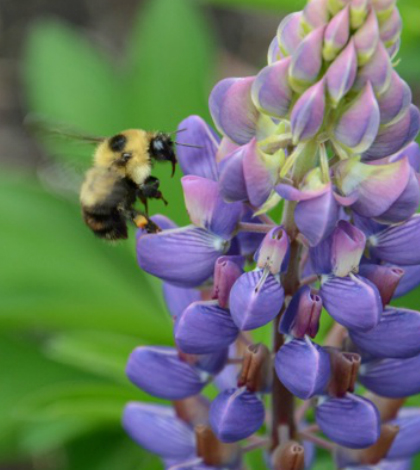 Climate change has driven many terrestrial and aquatic species northward, but North American and European bumblebees are proving an exception to the rule. By not shifting their ranges north, bumblebees have lost up to 300 kilometers of viable habitat across both continents, according to a study by scientists at the University of Ottawa published by the American Association for the Advancement of Science.

Analyzing geotagged observations of 67 bumblebee species from Europe and North America between 1901 and 2010, the researchers compared the bees’ recent movement patterns with those from the 1970s and earlier. The researchers remain unsure why bumblebees have not shifted their range north, and plan to continue studying the issue.

Their findings suggest that bumblebees might suffer a more drastic decline due to climate change than other species, potentially spelling trouble for the future of agriculture as bees are important pollinators. Researchers say that it may be necessary to intervene to help them adapt in the future.