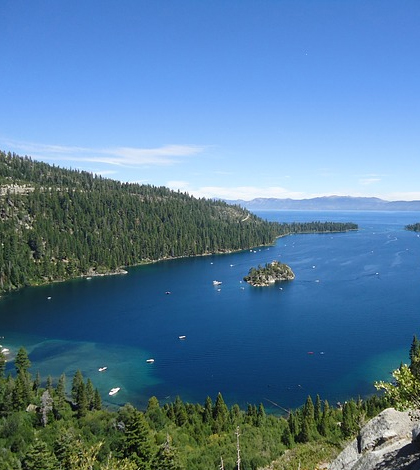 Researchers at the University of California have discovered that drought and wildfires in the state have only improved Lake Tahoe’s water quality, leading the waters to be clearer than ever.

According to an article in The Sacramento Bee, the lack of rain this year has prevented dirt from washing into the lake and fires have been far enough away that ash doesn’t find its way in either. But there is still cause for concern. The surface temperatures of the lake are at a record high and if drought continues, wetlands may stop filtering runoff. Furthermore, if the fires get any closer, the lake could be at risk.

The state is taking measures to renew the Lake Tahoe Restoration Act, which expired in 2010. If it passes, $415 million would be allocated to prevent wildfires and restore the lake. However, there is some discussion about a smaller bill from the House that would allocate one-fifth of the funds that the Act does. As for now, it is still up in the air as to which bill will take hold, but either way, state officials agree, something must be done to protect the lake.