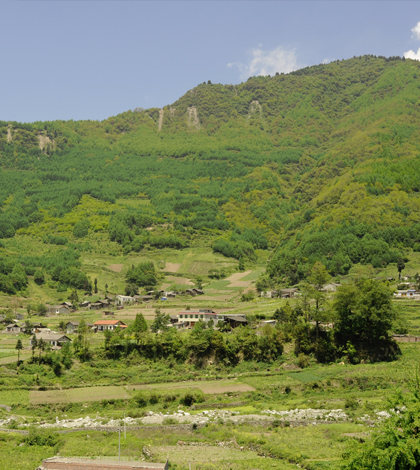 Land in this Chinese community has been converted from cropland to forest in the government's Gran to Green program. (Credit: Jianguo "Jack" Liu)

China’s forests have suffered in the past, thanks to decades of logging, floods and farmland conversion. But it looks like they may be on the rebound in recent years, according to scientists at Michigan State University.

The researchers relied mostly on measurements made with NASA’s Moderate Resolution Imaging Spectroradiometer in a study inspecting the state of China’s forests. But they also combined some imagery available in Google Earth, considering them along with the NASA data at different scales to see how the forests had changed following the beginning of a national conservation program in the early 2000s.

Scientists found that the initiative is working and that forests in China are recovering some lost ground. About 1.6 percent of the country’s territory, some 61,000 square miles, has seen a significant gain in tree cover. This is more than the territory that experienced a loss, around 14,400 square miles.

Top image: Land in this Chinese community has been converted from cropland to forest in the government’s Gran to Green program. (Credit: Jianguo “Jack” Liu)