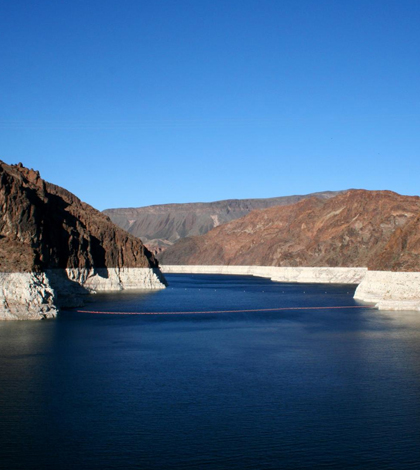 Human usage of the Colorado River’s water has been fairly stable over the past few decades, say researchers from the University of Texas. Because of this, as well as large-scale fluctuations in periods of wetness to dryness, the scientists say that nature is more influential on the basin’s water than people.

To make the determination, researchers used a 30-year dataset of local water monitoring records along with imagery collected by NASA’s GRACE satellite system. With these, they were able to reconstruct the water usage and storage of the Colorado River Basin since the 1980s.

The U. of Texas scientists found that water storage during drought times of the past had typically gone down to 100 cubic kilometers (three Lake Meads). Older droughts, they found, had wet years that staved them off while the present dry conditions have not had similar wet years to help.