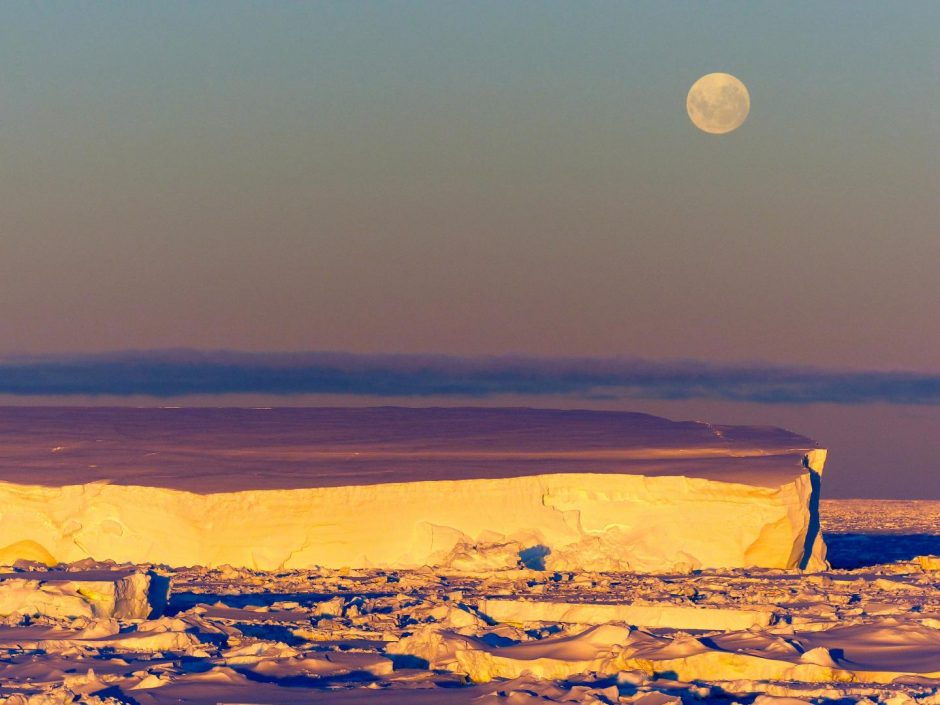 One of the greatest difficulties scientists have had with climate change is predicting exactly how much change will happen, and precisely what that change will look like. Although we now know with a high level of confidence that our climate is warming due to our own human activity, and we know that this will generally trigger things like a rise in sea levels, a rise in water temperatures, an increase in the severity and frequency of storms, more droughts, and the loss of various species and ecosystems, it remains impossible to predict precisely how many degrees the temperature of the climate or oceans will rise, for example.

Making exact calls about things like how many feet sea levels will rise or exactly how much hotter things will get is tough for several reasons. Our predictions about our future climate are limited by a range of uncertainties, of which our incomplete understanding of Earth’s incredibly complex climate is certainly not the least formidable. Other factors limiting our predictive power include the unknowns of future remedial actions; future emissions levels; any natural variability in the climate; the probability of unpredictable yet anticipated factors, such as volcanic activity; and the possibility of factors that are as yet unknown to us, both natural and human-made.

Until recently, climate change models have reflected these problems in two main ways: they have usually failed to make predictions past the end of this century, and they have not accounted for a sufficient number of our climate’s complexities. New research from a University of California, Irvine team has created a computer model that predicts climate change effects through 2300, offering some important cautionary takeaways. Lead author J. Keith Moore, a UCI professor of Earth system science, corresponded with EM about this work.

“One of the main results here is that we need to do longer climate simulations into the future,” Moore explains. “In particular, the ocean response will be different on longer timescales. It takes decades to centuries for the warming climate signal to work its way into the ocean interior and change ocean circulation. The ocean interior is still warming at the end of our simulation at 2300.”

Although it’s difficult from a computational resource standpoint to spool climate change predictions out further, doing so is important. When we stop at the close of the century, we tend to inadvertently project forward in a linear way, assuming warming will continue in familiar patterns. However, this approach fails to account for the cumulative effects of climate change on Earth’s complex climate.

Furthermore, temperature isn’t the sole factor to consider in such a model; acidification, algae levels, CO2 levels, ice blocking (or lack thereof), and levels of light will all affect the ways climate change unfolds.

“The interactions between all the different components of the Earth System do get very complicated,” details Moore. “So we need these big complicated models to keep track of everything. This study is a warning about potentially catastrophic climate impacts on the oceans, that we had not previously considered.”

In fact, after almost three more centuries of global warming, Earth will experience an increase in mean surface air temperature of 9.6-degree Celsius or 17 degrees Fahrenheit—almost 10 times as much of a temperature increase as we’ve experienced up until now. This significant warming will change wind patterns dramatically, melt almost all the polar sea ice, and raise the surface temperatures of the world’s oceans.

These changes will transfer nutrients from the upper ocean to the deep ocean, transforming ocean circulation and phytoplankton growth around Antarctica. This means that ocean ecosystems will be starved for nutrients, unable to sustain food webs; the phytoplankton that usually form the base of these webs will be less able to engage in photosynthesis or primary production in most parts of the ocean. “The result here was surprising to us, it was known that this type of nutrient trapping was possible, from idealized model studies, but no one had hypothesized that it might happen due to multicentury climate warming,” adds Moore.

Unlike the oceans of today, these future oceans will trap nutrients near Antarctica, changing fish populations around the world. Warmer temperatures and less sea ice will cement the growth of phytoplankton around Antarctica, as stronger winds drive more upwelling, adding more fuel to the fire.

Moore and the team then examined the issue of reduced phytoplankton production and used those details to calculate how much the global catch of fishes would be reduced as a result of climate change. They found that global fisheries would be 20 percent less productive in 2300, presenting a serious food challenge for the world of humans (and other species).

“Presumably the population will be considerably higher, and we may be even more dependent on the oceans as a protein source,” states Moore. “Farmed fish from aquaculture, which has been increasing rapidly in recent decades, could offset some of the losses of wild fish. However, farming fish often comes with its own environmental problems, such as eutrophication, and the potential for disease outbreaks and transfer between farmed fish and wild fish.”

Although this simulation demanded months of computer time on thousands of CPUs, Moore points out that it is feasible to extend these types of simulations even further into the future. The need to do so is apparent.

Only a major reversal in global warming can avert this catastrophic outcome for our oceans.