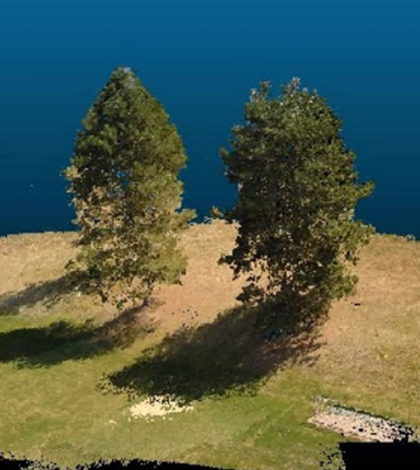 It can take 1,000 years for a forest to grow on its own. But thanks to a modeling approach, researchers at Washington State University can grow a digital version in just three weeks. The forests that they generate are called cyberforests, and may one day soon become a valuable tool for assessing the effects of warmer temperatures and drought on forests in North America.

The cyberforests that the scientists grow digitally are 100 meters by 100 meters and mimic their natural counterparts as much as possible, down to the roots and up to the canopies. The model integrates root growth in the search for water as well as the actions that leaves take as they move and grow to capture more sunlight.

Much of the dynamics integrated into the cyberforests are based on images taken during drone flights the researchers have performed. These have been combined with data from the U.S. Department of Agriculture’s Forest Inventory and Analysis Program, as well as those from other forestry databases.

Developers of the cyberforests say that their approach will be useful for forest managers looking to create three-dimensional representations of their forests to simulate what might happen to them in the future.