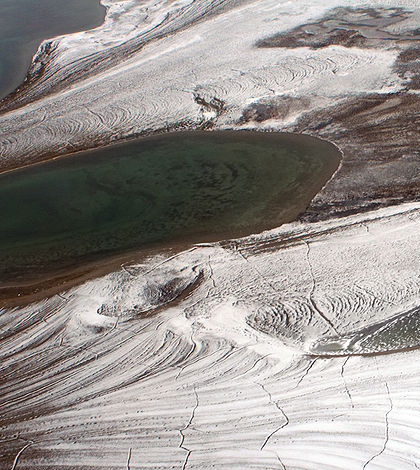 Permafrost is soil deep below ground that stays frozen year-round, and a team of researchers working in eastern Russia recently published an article that shows how its degradation is affecting summertime precipitation.

When solar energy reaches the Earth’s surface, it can do one of two things: raise the temperature of a substance or be absorbed with no change in temperature. The first process is called sensible heating (SH), and occurs when the sun heats a rock. The second is called latent heating (LH), and is at work in a pond of evaporating water.

The team tracked how surface evaporative fraction (EF), which is LH divided by total heat (sensible and latent), and precipitation changed in relation to varying degrees of permafrost degradation using data from 1979 to 2012.

The results showed that in the north-central region, positive EF and precipitation trends occurred in July over areas with continuous permafrost due to an increase in LH and a decrease in SH. In other words, the permafrost formed an impermeable barrier, keeping water close to the surface where it could be recycled back into the atmosphere.