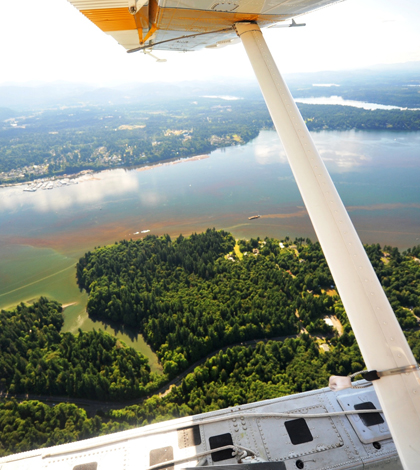 Laura James, a frequent diver in Puget Sound, is using a camera to document a large amount of trash underneath the water there, according to King 5 News. Trash running into the water there has gotten worse, she says.

From the surface, the water looks clean, but James has found a large collection of trash and debris that she calls “the monster” lurking below. Anything from coffee cups to straws or plastic bottles can make its way into the water through storm drains.

James has recorded hundreds of hours of footage. She works with environmental groups and shares her videos through blogs and websites. She hopes that the scenes she captures will bring more awareness to the issue.