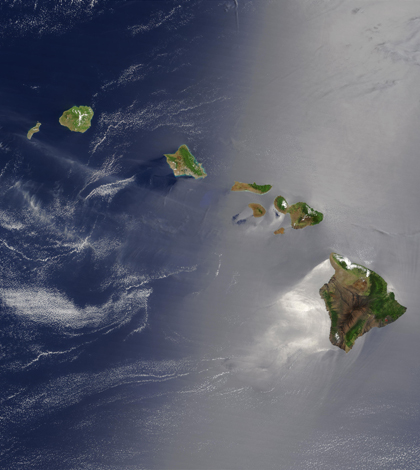 Scientists have discovered a dormant underwater volcano between the Hawaiian islands of Oahu and Kauai, Reuters reported.

The volcano Kaena once rose 3,000 feet above sea level, but has since sunk back into the Pacific. Kaena first erupted around 5 million years ago, and formed Oahu with the help of neighboring volcanic mountain ranges Waianae and Koolau.

Of the three volcanoes, Kaena is the oldest, although Waianae broke the Pacific’s surface first. All three had emerged by 3 million years ago, but scientists aren’t sure when Kaena receded.

Oahu is home to Honolulu, Hawaii’s capital and largest city.