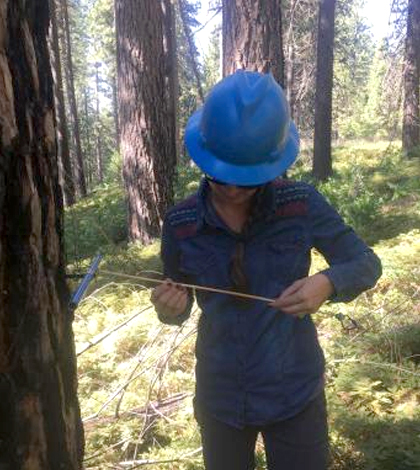 Douglas fir trees are sensitive to drought conditions that occur throughout their range in the United States. Whether they are growing along the rim of the Grand Canyon or alongside redwoods in California, they appear to be consistently affected by drought, according to scientists at University of California, Davis.

Investigators at the university studied the sensitivity of the trees by collecting tree core samples in 122 locations across the West. Sampling locations covered areas in the Pacific Northwest, across the Rocky Mountain Range and into parts of California and the Southwest.

From there, scientists examined how growth rates have changed in the trees over a 91-year time frame, from 1916 to 2006. Using climate data, they were able to show that climate-induced stress is expected to increase while Douglas fir growth is likely to go down as temperatures go up in future decades.

Throughout the different areas of trees, researchers noted a variability between firs in conditions they had experienced over their lives. Those that had dealt with warmer and drier conditions routinely had the slowest growth rates.

Funding for the research was provided by the National Science Foundation, U.S. Geological Survey, U.S. Forest Service and U.S. Department of Interior.