Drones Better At Monitoring Some Wildlife Than Humans 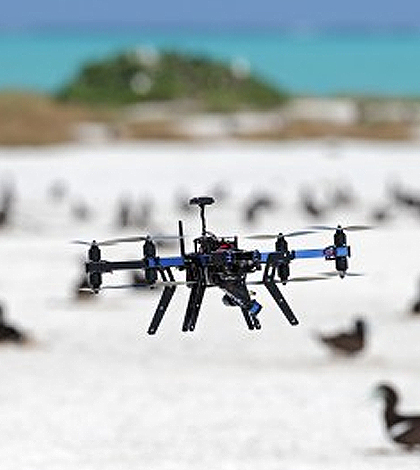 Drones are being used for a lot of things these days, so why can’t they help out researchers looking to learn more about wildlife? A study from Australia’s Monash University has found that drones, despite making some noises, are actually quite useful for monitoring seabird populations.

The research took place on Ashmore Reef and Macquarie Island, which are tropical and polar environments, respectively. The work helped to run drone technology through its paces, as researchers elsewhere had not fully utilized the tech because of a concern it couldn’t surpass the accuracy of traditional methods.

But when Monash scientists compared the precision of drone image counts with those made at the same time by human counters on the ground, they found that images taken by drones didn’t startle the birds and were consistently more similar than those taken by people. Researchers believe their findings foretell a future where drones will be more commonly used to monitor wildlife populations, especially in inaccessible areas.