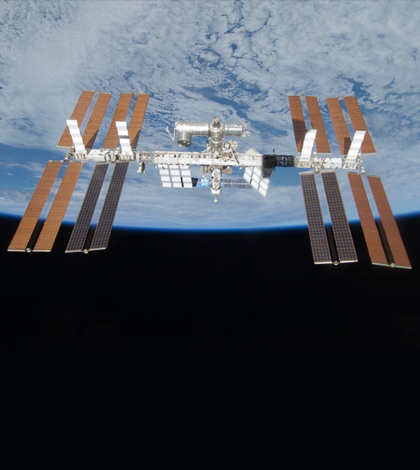 As a research project underway at the University of California (UC) – Santa Barbara shows, sometimes you’ve got to leave the Earth to adequately study some of its most basic processes.

Researchers at the university are partnering with the International Space Station to complete an investigation of fluid dynamics. The lab in microgravity is providing them with an important dataset for gauging the impacts of the force on our planet’s fluid movement.

The experiments in space, to be run by astronauts, are fairly straightforward. Cameras will be employed to monitor different sediment particles as they interact with one another in fluid in near-zero gravity. Light shone at and through the setups will help researchers track the motion and observe the density of the particles. A parallel experimental setup will be built on Earth for the UC Santa Barbara scientists to manage.

Data from the experiments could contribute to a better understanding of many fluidic processes, such as the descent of marine snow. Knowledge of the movement of nutrient-containing sediments could also contribute to better modeling of ecological processes, such as low-oxygen dead zones that appear as a result of excessive amounts of fertilizer washing into the oceans. Or also the occurrence of optimal levels of nutrients that support habitats.

Following the tracks of sediment transport may also yield information about how mineral and oil deposits accumulate. And, by extrapolating back in time, the scientists may also be able to reconstruct what the seafloor looked like in much the same way geologists can look at a millennia-old rock formation and understand what the land looked like a long time ago. Understanding the behavior of sediment particles in fluid could also offer insight into the issue of water quality.

Funding for the effort is being provided by the National Science Foundation and the Center for the Advancement of Science in Space.