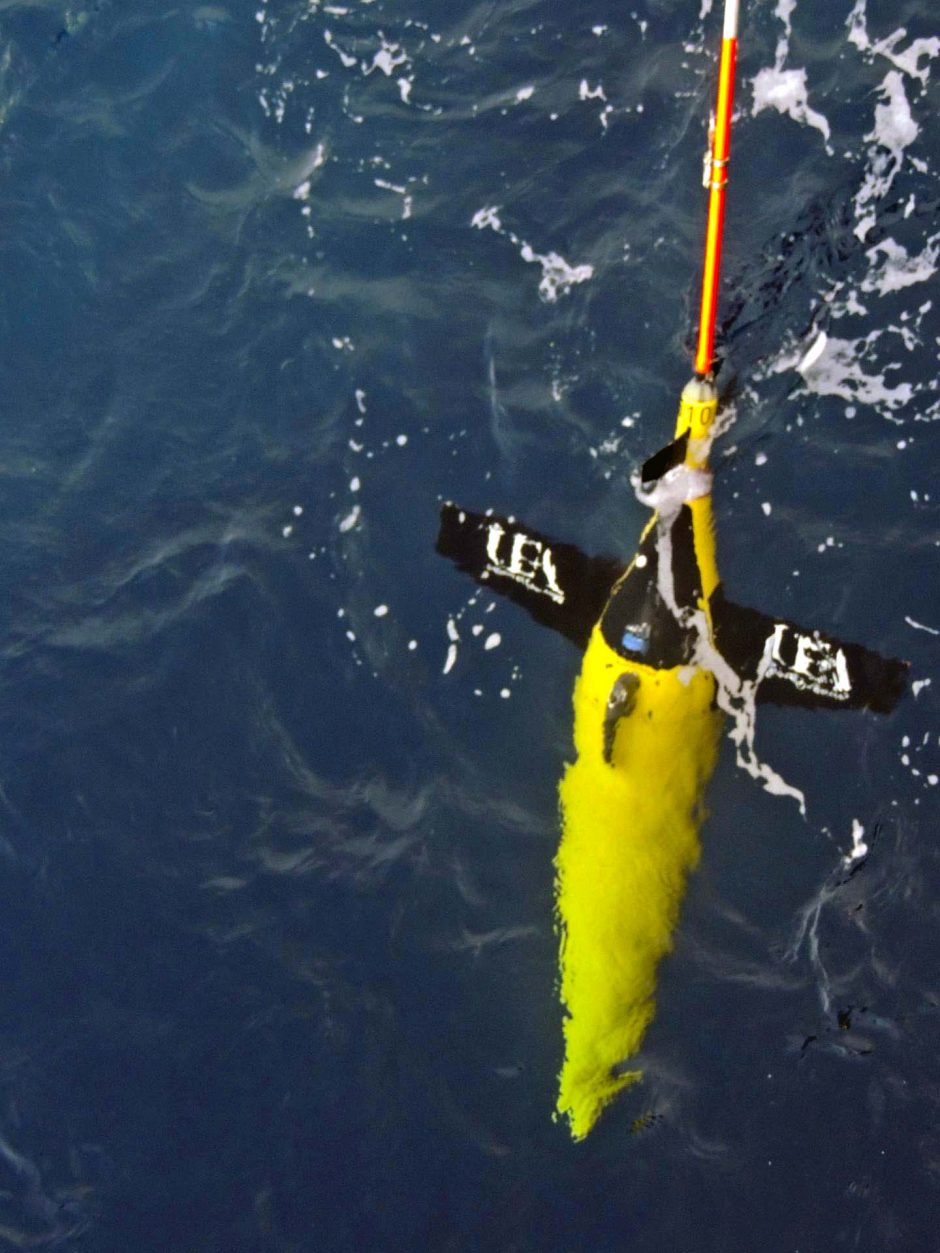 Researchers from the University of East Anglia (UEA) are using silent Seaglider marine robots to listen to and record underwater sounds in the world’s oceans. About the same size as a human diver would be, the robots can travel the oceans for months, communicating with their pilots as they journey, helping to create an underwater soundscape of the oceans of the world.

UEA School of Environmental Sciences PhD researcher Pierre Cauchy, who has been using these underwater marine robots for five years in the North Atlantic and Southern oceans and the Mediterranean Sea, corresponded with EM about the research.

“We use commercial robots and hydrophones,” Cauchy explains. “Our first experiments implied artisanal attachment of acoustic recorders (designed to be attached on marine animals) on the glider. Fully integrated sensors are now commercially available.”

The aptly-named Seagliders move silently through water without propellers, in an unusual way.

“They adapt their buoyancy using an oil bladder to either float or sink, as deep as 1,000 meters,” details Cauchy. “It takes about 2 hours to dive from the surface to 1,000 meters (or to come back), during which they glide slowly, and without making any sound. This makes them very well-adapted to record the oceanic soundscape. Also, they’re autonomous and can cover about 1,000 km during approximately 3 months without human intervention. They communicate via satellite, to send the data and take instructions.”

Scientists can use the recordings to measure sea-surface wind speed; listen to sounds made by whales, fishes and other marine life; monitor storms; and listen to noise created by human activities.

“I can observe physical processes such as wind speed, even during storms,” Cauchy describes. “I can monitor whale populations, and use the fish sounds to estimate their activity and health. I can measure shipping and industrial noise (for example, seismic surveys), to assess their impact on the marine life.”

“Climate models rely on in situ measurement for their calibration,” remarks Cauchy. “The more and better in situ measurements they have, the better they are. Some areas, especially those with high seas, polar regions, piracy, or extreme weather conditions like hurricanes, are hard to monitor with a permanent weather station. A glider can go and make the needed measurements.”

Next Cauchy and the team intends to take on rainfall rate measurements and ecosystems health monitoring with the help of the silent robots.

Now that Cauchy and others have shown that these silent swimmers can monitor underwater sounds from marine life to storms, these marine diving robots may soon be integrated into more areas of research. As the technology develops further, the marine robots may be capable of onboard/real-time processing, and improved data transmission—a real issue for acoustic recordings, which are big data producers.