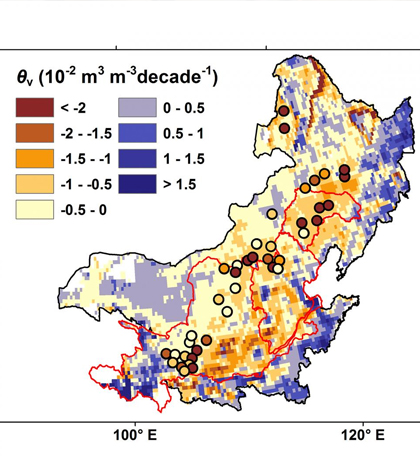 Despite the onset of a warmer, drier climate in northern China, a new study suggests that increased farming is responsible for drying soil in one of the nation’s vital agricultural regions, according to a Purdue University press release.

Researchers from Purdue and China Agricultural University examined soil moisture data dating back to 1983, and found that the soil is 6 percent drier today. Ideally, farmland exhibits 40 to 85 percent soil moisture, but the soils in northern China have fallen below the minimum and may eventually lose the capacity to support agriculture.

The study shows that soil moisture dropped by 1.5 to 2.5 percent each decade, largely due to human activities. If the trend continues, the region, which currently provides 65 percent of China’s farmland, may be unsuitable for crop growth by 2090.

Fertilizer overuse, more water-demanding crop varieties and increased irrigation could be at the heart of the soil moisture decline, the study suggests.