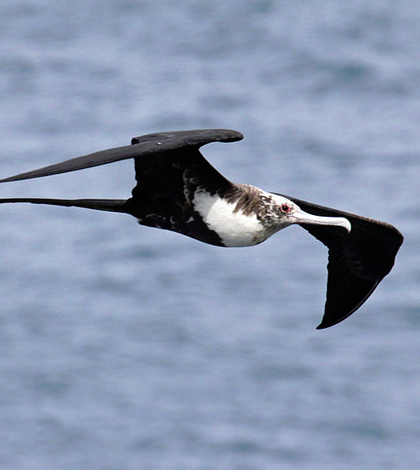 Scientists have long known that great frigate birds can fly for days at a time. But thanks to a recent investigation completed by researchers at the French National Center for Scientific Research, we now know that frigates can fly for much longer than that — up to two months continuously.

Investigators used low-weight GPS trackers mounted on the necks of four dozen frigates over the course of 2011 to 2015. These recorded the movements of the birds, while other sensors within monitored the birds’ heart rates. Accelerometers and altimeters were also a part of the payload and tracked the birds’ location in the sky and acceleration.

Through their efforts, scientists found that frigate birds could stay aloft for remarkably longer than once thought at amazing heights. Some birds reached altitudes as far up as 2.5 miles, where oxygen is thin and water freezes. Researchers likewise uncovered that the birds can glide for hundreds of miles while only flapping their wings every six minutes.

Full results of the work are published in the journal Science.