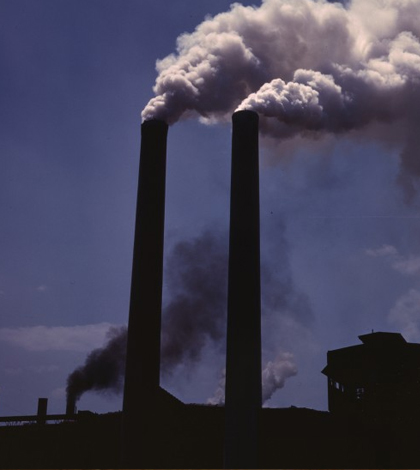 A study by researchers at the University of Southern California has found that lung cancer patients in regions with higher air pollution levels survive fewer years. The time lost is most dire for cancer patients who are diagnosed early.

In the investigation, scientists relied on lung cancer data from more than 350,000 patients in the California Cancer Registry who were diagnosed with lung cancer between 1988 and 2009. From the extensive dataset, the team assigned air pollution exposure levels based on the average exposure at the patient’s residence at the time of diagnosis.

Researchers found that the stage of cancer at diagnosis is a major determinant of survival, with patients diagnosed with earlier stage cancer living longer. The impacts of air pollution on survival were most evident in patients diagnosed at an early stage, when their cancer was localized to only their lungs. The median survival in patients with localized cancer at diagnosis living in areas with higher levels of fine particulate matter was only 2.4 years compared to 5.7 years for patients living in areas with lower levels of particulates.

Patients whose cancer had spread to other parts of their bodies had shorter survival times overall and showed little difference in survival time whether they had high or low exposures to air pollution. These patterns of association persisted even after adjusting for numerous socio-demographic characteristics and cancer treatment type.

The study is unique because it looks at another modifiable risk factor, besides smoking, that can impact lung cancer survival after diagnosis. Also, investigators say that it had a minimal amount of bias due to the large, population-based sample of lung cancer cases in the California Cancer Registry they used. The registry covers the last 20 years.

Full results of the effort are published in the journal Thorax.