High Levels Of Microcystin In Some San Francisco Bay Shellfish 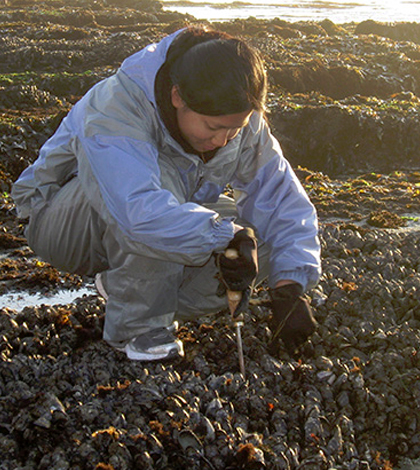 Scientists with the University of California (UC), Santa Cruz, have found that some shellfish in San Francisco Bay contain high levels of microcystin. The toxin is more commonly found in freshwater systems, and so testing for it is not as common in California’s coastal waters.

Researchers at the school first began to consider the possibility of mussels in the bay containing the toxin after finding low levels of microcystin in water samples taken from the area. From there, they set up tests to investigate.

Investigators tested mussels collected from five sites in the bay. They also did experiments with both mussels and oysters in tanks to determine how quickly the shellfish take up the toxin and how long it takes to clear out from their tissues.

The toxin was indeed found to accumulate in both mussels and oysters. In San Francisco Bay, levels in some of the shellfish were even found to exceed recommended guidelines for consumption. In addition to San Francisco Bay, researchers also looked at shellfish in other bays. In Tomales Bay, levels of the toxin were detected, but were found to come in below consumption guidelines.

A state quarantine on harvesting mussels for human consumption is usually in effect from May through October each year to prevent poisonings from marine toxins. Scientists at UC Santa Cruz are working with state agencies to determine what the extent of the freshwater microcystin problem is and ways it can be addressed.

Blooms of cyanobacteria that produce microcystin are a growing problem throughout the United States and around the world due to warming temperatures and nutrient pollution. They have significant effects each year in Lake Erie. In the Bay Area, blooms have forced closures of public swimming areas at Lake Anza in Berkeley and Lake Temescal in Oakland.

Full results of the investigation are published in the journal Harmful Algae.