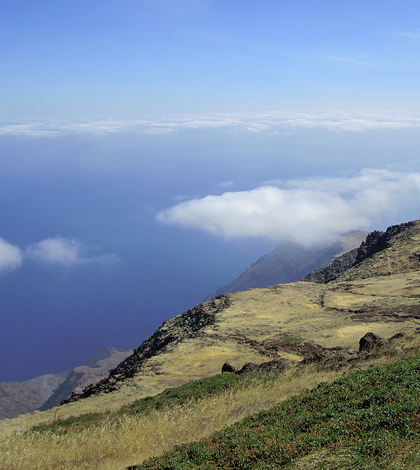 Isla Guadalupe, a remote and volcanic island south of the Mexican State of Baja, used to have a big problem with invasive goats, according to a release from Bowdoin College. But thanks to some inventive techniques, the issue has now been largely brought under control.

To get a handle on the invasive goat populations, which had first been placed there by U.S. and Russian ship captains in the middle of the 1800s looking to establish a steady source of meat, researchers at the college worked with a Mexican non-governmental organization. Their task was largely to eradicate the goats, whose populations had ballooned to around 15,000 in the early 2000s.

The only difficulty with carrying that out was actually locating the goats, as scientists found that the beasts were fairly adept at hiding. To get around that issue, the researchers used other goats that they caught, tagged and sterilized. These goats would unwittingly roam around the island (about 22 miles long) and find herds to join. Once this happened, researchers swooped in to capture and ultimately eradicate the invasive goats.

With the invasive species now largely gone, the island’s forests and shrubs have started to come back. There is also less runoff affecting a small fishing community on the island because the denser plant life holds it back.