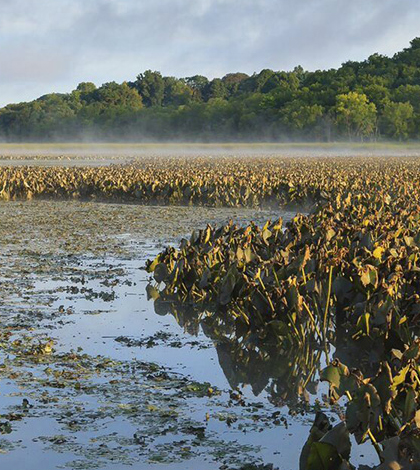 Cornell University scientists have predicted the fate of Hudson River wetlands in the future, according to a release. And in spite of predicted climate change and rising seas, researchers say that wetlands along the river are likely to increase in area.

Using a Sea Level Affecting Marshes Model (SLAMM), investigators simulated wetland conversions and shoreline changes that could affect tidal habitats. The model was originally developed for brackish wetlands but was adapted for studying the Hudson River, a freshwater estuary.

Researchers used 20-year intervals in their simulations to predict estuary changes that could take place with rising waters from the Atlantic Ocean at the river’s mouth. They saw that there will likely be great shifts in the composition of the river’s wetlands, with wide conversions of dry, or high, marsh habitat to wetter low marsh as well as some permanent flooding.

The Hudson River currently supports about 7,000 acres of tidal wetlands. The models project that wetlands will increase to approximately 8,100 to 10,900 acres within the next 100 years.