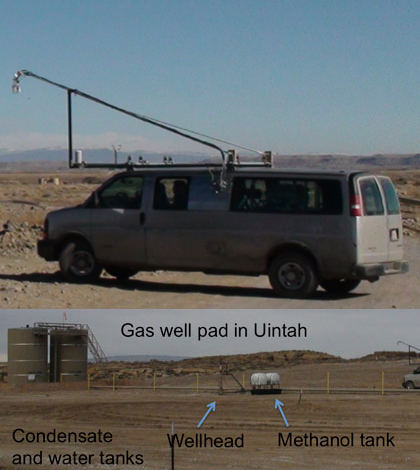 A study led by the Cooperative Institute for Research in Environmental Sciences is one of the first to use quick-response instruments to track volatile organic compounds emitted from oil and gas wells, according to a release from the University of Colorado Boulder. The research was completed in parts of Utah.

Researchers at the institute, which is backed by the National Oceanic and Atmospheric Administration, completed the study using a van outfitted with environmental sensors. They drove it past sources of volatile organic compounds like gas and oil wells, storage tanks and compressor stations, often getting closer than 300 feet of each source.

High levels of volatile compounds were found at almost every sampled location, but there were big differences between each one, scientists found. The findings are similar to emissions inventories, scientists say, which are essentially estimates based on well counts and production data.