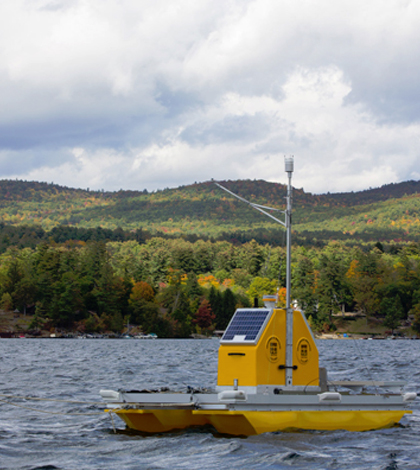 The Jefferson Project, a complex and long-term study of the dynamics of Lake George, is set to deploy the last of its sensor platforms this year, according to the Post-Star. Most of the platforms in the lake currently were launched in the lake’s southern basin and near the Narrows, a small chain of islands in the lake.

The remaining platforms are set to be deployed in Lake George’s northern end, completing the picture of what dynamics are at play between both ends of the lake. Some will be similar to the other floating platforms already deployed that use YSI sondes to sample the lake’s water quality. Others will take measurements in tributaries, of the surrounding area’s weather or track currents in the lake in real time.

With the new sensors in place, those leading the effort are looking to get started on the construction of a food web model for the entire Lake George basin. Such a model would give more knowledge of which species are abundant and where, including some invasive species. The researchers are also looking to learn more about the lake’s algae and its salt levels from runoff.