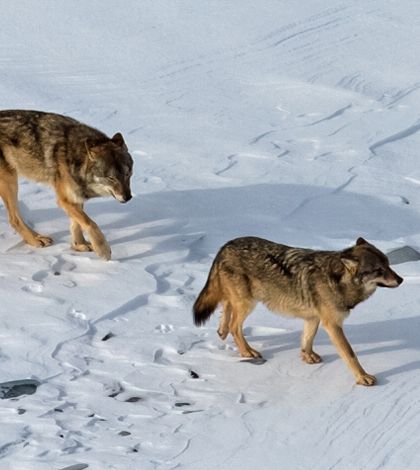 A few years ago, eight to nine wolves roamed Lake Superior’s Isle Royale. But last year, their populations dwindled to just three. This year, it seems there are just two left, according to a post in Science Magazine.

The two wolves are incredibly inbred, even more so than the Habsburg royal family was, according to an inbreeding coefficient. Scientists with the National Park Service say that is largely because the remaining wolves have no other choice in a partner.

Researchers with the park service are not certain what happened to the third wolf recorded in last year’s study, believed to have been the offspring of the remaining two. In scat surveys, there is no DNA evidence of the wolf and the animal’s track marks haven’t been recovered either.

Given the extreme inbreeding that has affected the remaining Isle Royale wolves, scientists believe that their populations are at great risk of going extinct. That development would mean the end of the longest-running predator-prey study ever, which has charted the wolves alongside moose that live on the island for 40 years.