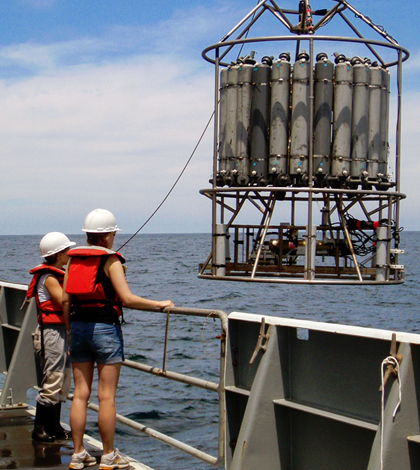 Research by scientists at the Massachusetts Institute of Technology has provided a way to quantify the cycling of nitrous oxide in the ocean, according to a release. Scientists say their techniques show that levels of the greenhouse gas coming out of the ocean have been largely underestimated in the past.

The findings are based on ocean water samples taken from different depths, as well as computer analyses. They zero in on the rapid formation and destruction of nitrous oxide in oxygen-poor layers of seawater.

Scientists say they found certain parts of the ocean where estimates of the greenhouse gas’ levels were off by a factor of 10. The results, they say, will be useful in making global climate models more accurate.