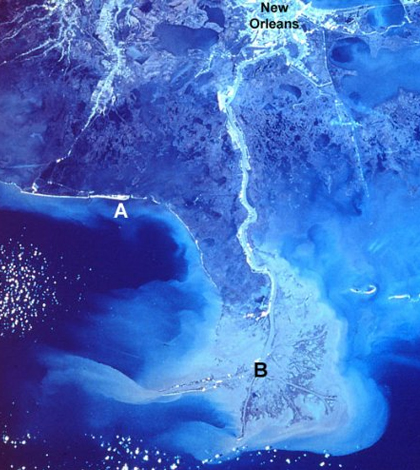 Some of the world’s 33 largest river deltas, about two-thirds of them, are sinking and experiencing more floods than they used to, according to researchers at the University of Colorado, Boulder. These changes are the results of human activity for the most part, scientists say.

As a result of the sinking, many of the deltas are starved for sediments that provide stability. A big factor in this loss is the presence of dams upstream from the deltas, researchers note, that keep sediment-carrying waters from reaching where they’re needed. These dams and other structures, overall, appear to be helping to quicken the pace of coastal erosion in deltas around the planet.

In one case, that of the Yellow River in China, scientists say that much of the threats it’s dealing with have come as a result of moving from rice farming toward aquaculture for raising fish and shrimp. Because of those shifts, as well as groundwater pumping, the Yellow River Delta is sinking by as many as 10 inches each year.