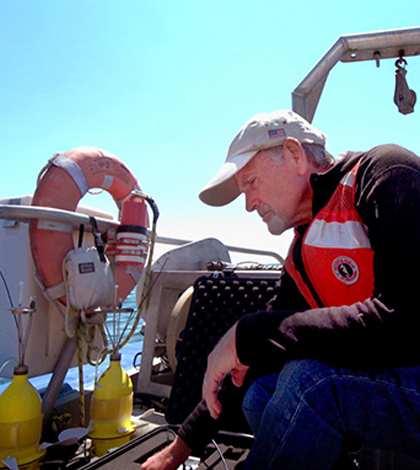 Oceanographers know a lot about marine larvae, including where they likely come from. But it’s different when describing how the larvae — including those from baby crabs, mussels, clams and fish — got to where they are. There is little understanding of that process.

To help learn more about larval movement, researchers at the University of California, Davis, have come up with larvae robots capable of mimicking natural movement. The hope is that these robots, which resemble something like the “minions” from the movie Despicable Me, can reveal where marine larvae go. Scientists are also looking to discover what the mechanisms are that allow them to move back and forth.

The robots’ bodies are fire extinguisher cylinders painted bright yellow. They have white fan blades at their waists that make them spin as they rise or sink, and a gyro inside estimates vertical speed. On their black tops are satellite communications, antennas, GPS and marine lights. The crafts also hold sensors to gather measurements on temperature, conductivity, depth, light penetration in the water column and speed of movement.

The robots are called Autonomous Behaving Lagrangian Explorers, or ABLEs, and are programmed to behave like a group of larvae throughout their deployments. Nine are currently being used by the research team.

The ABLEs get put into the ocean for hours or days at a time, revealing how marine larvae move. So far, investigators have seen that larvae tend to swim vertically to control their movements and like to stay closer to shore. They do this by staying below strong surface currents and avoiding getting carried out to sea.

Results of the research carry implications for a range of issues, including managing marine protected areas, fisheries, invasive species and the impacts of climate change. It is being funded by the National Science Foundation, which previously supported development of the robots alongside the National Oceanic and Atmospheric Administration and U.S. Environmental Protection Agency.