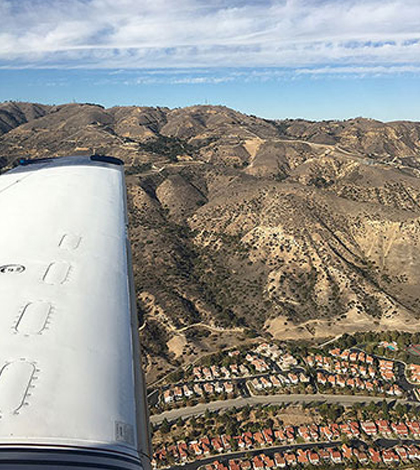 During a massive methane leak that originated from a gas storage facility near Los Angeles, a scientist at the University of California, Davis made flights with a research aircraft to measure concentrations of the greenhouse gas. The results of his measurements were quite high, even leading to thoughts that his equipment might have been malfunctioning.

Stephen Conley, a project scientist at the university, made the flights during the height of leaking with a small plane outfitted with gas analyzers to measure methane concentrations. These were accurate despite his reservations and came in at about 50 or 60 parts per million of methane. Normal levels around the Los Angeles area are about 2 parts per million.

Emissions from the storage facility began in late October 2015 and weren’t brought under control until early February 2016, when the gas company owning the facility put in a plug. On its own, the leak emitted a quarter of California’s total 2015 methane emissions in just one month.