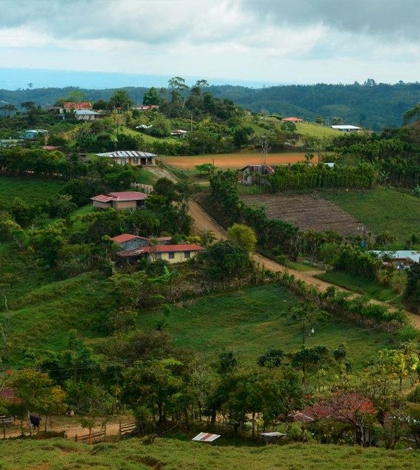 Scientists at Stanford University have developed a method for estimating biodiversity based on tree cover, according to a release. The approach took around a decade to form, as researchers ventured to field sites in Costa Rica to gather data to support the method.

Each stint in the field lasted from three to six months, and saw scientists hiking across hilly landscapes of Coto Brus. They made passes in gradients going from protected forests to treeless pastures, racking up more than 67,000 observations of 908 species. Those spotted included understory plants, bats, birds and more.

The scientists then plotted their plant and animal observations on detailed, fine-scale maps from Google Earth aerial photographs. When they analyzed the results, the importance of tree cover became clear.

For four of the six species groups (plants, non-flying mammals, bats and birds), scientists saw a significant increase in the number of species with increasing tree cover visible on Google Earth maps. From a single point, the new model estimates biodiversity in the region within a 30- to 70-meter radius while showing how the number and kind of species change as trees are added to plots of land.

For example, adding just a single tree to a pasture could boost the number of bird species from near zero to 80. After the initial sharp increase, adding trees would continue to gradually add new species. As the stand of trees approaches 100 percent cover within the area, scientists saw that endangered and at-risk species like wildcats and deep forest birds begin to appear.

While the researchers found strong relationships between trees and species in Coto Brus, they wanted to see if those findings could be applied elsewhere. To do that, they compared results with 90 similar studies across Latin America. All the other studies were in line with their results in Costa Rica, leading scientists to posit that the method could be applicable in other tropical landscapes.

Full results of their investigation are published in the Proceedings of the National Academy of Sciences.