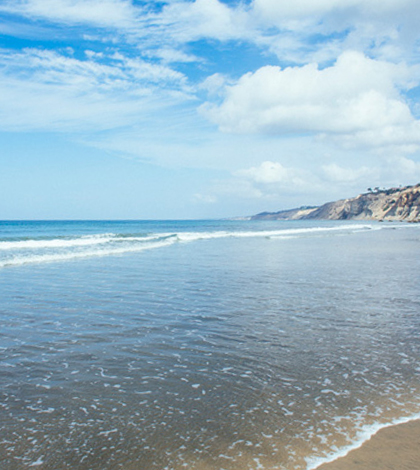 The Pacific Ocean as seen from the Scripps Institution of Oceanography. (Credit: University of California)

A team of researchers has devised a method for tracking the rate of global warming in real time, according to a release from the University of California. It relies on computer models that have successfully simulated changes in global surface temperature averages since 1900.

Investigators created the simulation by forcing sea surface temperatures over the tropical Pacific to follow the unnatural variability measured there since the early 20th century. In the Pacific, it is easy to distinguish human contributions to warming from those that occur naturally.

The research helps to further underscore the importance of the Pacific Ocean in controlling climate on a global scale. In fact, the rise in temperatures there goes up in a neat staircase pattern, scientists found. Over the past 50 years, the steps have gotten larger.

For example, global mean surface temperature hasn’t changed much from 1998 through 2014, a time period known as the hiatus that’s been tied to naturally occurring tropical Pacific cooling. But for a more recent period, from 2010 to 2014, the investigators’ calculation show a higher warming rate of 1.2 degrees Celsius after accounting for natural variability.

As the researchers continue to add climate models to their simulations, they hope that the accuracy of their tool will continue to improve. The scientists are looking to an upcoming initiative led by the Intergovernmental Panel on Climate Change aiming to improve more than a dozen climate models for more resolution.

Full results of the work are published in the journal Nature Geoscience.

Top image: The Pacific Ocean as seen from the Scripps Institution of Oceanography. (Credit: University of California)