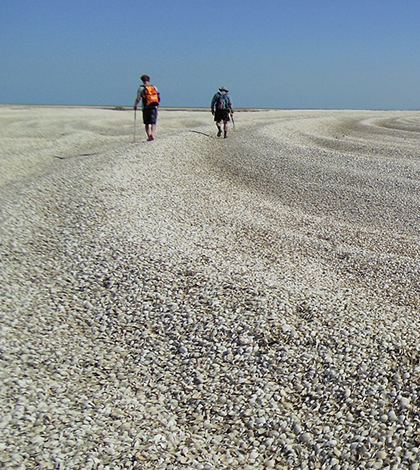 The United States has done plenty to alter the flows of rivers throughout its territories. Through dams or irrigation, incredible quantities of water have been moved to provide for the needs of massive populations, in large part without regard for some of the impacts that could follow. A great example of this is the Colorado River Delta, left dry and barren without the river’s once powerful flow.

It’s not surprising that the Colorado River’s water barely reaches the ocean. Or that water-starved biodiversity around the Colorado River Delta does amazingly well when flows of water are actually permitted to pulse through. But one impact that few have seen coming involves the clams that once lined the river’s banks in great numbers.

According to scientists at Cornell University, the river’s tidal flats are now much more empty of clams than they used to be. Still, the researchers were able to compare some living clams with fossils to see how the fluctuations of carbon have changed in the region. This is an interesting question, as clam shells naturally act as carbon sinks while living clams expel carbon dioxide as they breathe.

A thriving delta could emit the carbon equivalent of about 15,000 cars annually. But since the Colorado River Delta is without water and its clams have died off, the investigators found that much less carbon dioxide is being emitted.

The research provides an interesting framework for combining biological and paleoecological methods to understand how nearly dead river deltas can still hold evidence of their past carbon contributions. Full results of the effort are published in the journal Royal Society Open Science.