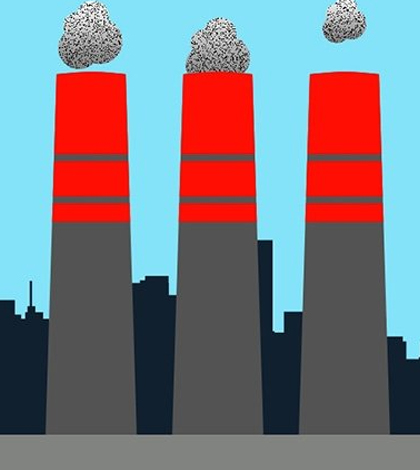 A recent study led by scientists at MIT shows that Asian countries emit 1,770 tons of mercury per year, or more than twice the previously accepted estimate. It also changed what we thought we knew about how mercury cycles through the environment by combining traditional emission estimates with actual measurements.

The data were fed into a global chemical transport model called GEOS-Chem, and a technique called Bayesian inversion was used to quantify source-specific emissions. The researchers found that anthropogenic mercury emissions, such as those from coal-fired power plants, constitute a larger fraction of total emissions than previously thought. The study also looked at legacy emissions, which is mercury that gets re-emitted after first being absorbed and sequestered, and found less than expected.

Other results from the study were improved numbers for global and oceanic emissions; new insights into seasonal dynamics of mercury emissions in general; and the new finding that land is neither a significant source nor sink.