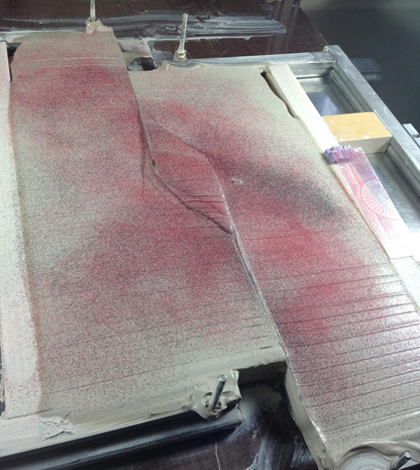 Researchers used modeling techniques based on kaolin clay rather than sand. (Courtesty University of Massachusetts Amherst)

A new analysis of the Earth’s tectonic plates gives insight on how new faults, such as the San Andreas Fault in California, are formed. Researchers at the University of Massachusetts Amherst modeled the Earth’s faults using kaolin, a kind of clay, according to a release from the school.

The model looks at fault efficiency, which refers to the ability of the plates to transform energy into movement. The research looks at the differences in straight faults compared to faults with a bend and found that faults with a bend are more likely to rupture in a series of smaller fractures rather than one giant fracture along the entire fault.

The findings also revealed that when these small fractures occur, they reach a more stable state. Geologist Michele Cooke, lead author of the research, said this information can help them determine when and where new earthquakes might form ultimately promoting a better understanding of how Earth continues to evolve over time.